May 14, 2017
The fast development of the information society stimulates not only the rapid update of the mobile phone, but also the fast iteration of the mobile Apps. To make an excellent mobile App, designers have to think a lot. The first thing is how to build mobile app prototypes.

There are some guidelines of mobile App prototype you have to know:

1. The definition of mobile app prototype.

2. How to build a mobile app prototype?

4. Catching the design trends of the mobile app.

Then you are able to complete an excellent mobile app prototype.

1. The definition of mobile app prototype

Wireframe and Mockup both are different stages of prototyping. What does the prototype of the mobile app prototype mean? It refers to a mobile app model that not only shows your ideas and concepts but also performs functional and interactive presentations.

2. How to build mobile app prototype?

Step one: Analysis users demand before prototype designing. Determine the user need and start your design.

Step two: Design mobile app by a sketch. At this stage, the designer is free to show his own design ideas in the form of graphics or text.

Step four: Complete the entire framework and functions of the prototype. Beautify the prototyping interface by software tools.

As everyone knows, the design tools which applies to the mobile app are countless. Faced with a wide variety of prototype tools, which one designer should choose? Generally, designers prefer a piece of paper and a pen. They think it’s the fastest way. But, using the prototyping tools to build mobile app prototype is not only simple and fast but also easy to save. Using the software tools to make a rapid prototyping becomes the mainstream. Have you ever used these tools? Here are four common prototyping tools for you to have a try.

FLINTO is an online prototype design tool. It can build prototypes by uploading pictures, adding hot spots, and setting interactive behavior.
POP is a simple design tool for the mobile apps. You can upload the paper prototype to phone to edit and modify. It meets the needs of all the display.
Mockplus is a simple and efficient prototype design tool. It supports interactive design by simple drag and applies to various demo modes. It owns a large amount of icon material and nearly 200 packaging components.
Justmind is a prototype tool for the mobile apps. It can create a prototype with a simple drag. You can customize the small components and create your own component library.
If you are not satisfied with these tools. Here is another list that 10 prototyping tools recommended for UI/UX designers.

4. Catching the design trends of the mobile app

Actually, most novice designers still can't build the mobile app prototype successfully, even they know the design methods. How to solve this problem? Learn some excellent designs from others and imitate their design. You will find some inspiration by imitating more or less. Organize your ideas and make innovations in the original design. You can create an excellent mobile app prototype soon.

Popular posts from this blog 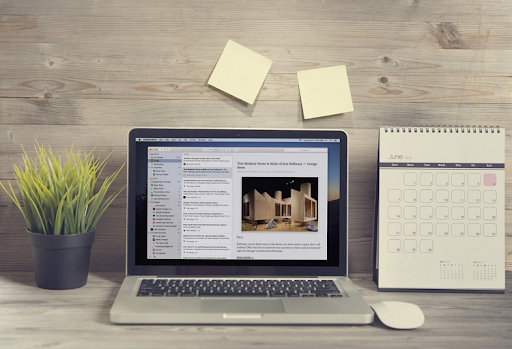 It can be intimidating to get into user experience, but don’t fear: there’s plenty of help around. To help you navigate that sea of information, we make a cool list to share with you. This list covers UX/UI blogs, resources, books and tools (in no particular order). I hope it will help you guys to get better at what you’re doing! UX Blogs and Resources image source: nnwmaccontent 1. Awwwards -A place to find inspiration and talent; a space for debate; a place to share knowledge and experience. 2. UX Magazine -This site creates a community with location-based listings for conferences, jobs, workshops, informal meetups, and classes. 3. UX Myths -Collects the most frequent user experience misconceptions and explains why they don’t hold true. 4. Designer News -Best UX/UI related articles collection. 5. Usability Geek -A wider array of topics that extend beyond usability, such as User Experience (UX), conversion, Human Computer Interaction (HCI) and Information Architecture (IA). 6. Lukew-A Prod…
Read more

Production: Every morning, you can see people are rushing to their offices by different communications. Some people take a taxi for time-saving, some others take buses for cost-saving, and also some people chose to walk to office for exercising. This scene reminds me of the designers choose wireframe tools for Mac.
In fact, this is the same reason for the designer to choose wireframe tools. Before making achoose, designers always consider the cost, effectiveness, and speed. What is wireframe? It is an indispensable part of job for UI/UX designers. Thus, you should have a careful comparison of these wireframe tools. I learned that most of the designers prefer to design on mac. Here we've selected 9 of the best wireframe tools for Mac to get you started. Enjoy!
1. Axure
When we talk about prototyping tools, we should mention Axure in the first place. Everyone knows that it’s a powerful tool with a variety of functions. Such as wireframe, flow chart, and interaction design. It charg…
Read more

Buttons, as well as links, are the most widely-used interaction elements in web design and can be found on almost every website. Buttons that commonly appear on the websites can be classified into two categories: those with submit function and those equivalent to a link. Links that should be emphasized in the websites are naturally represented as buttons. Then how to create website buttonscorrectly so as to make it easy for uses to finish their operations? Sometimes designers make several errors when they create web buttons. Here are 10 common mistakes when UI/UX designers create website buttons. 1. Using a “reset” button It’s nonsense. Why would a user want to reset what he/she has just completed? If a mistake is made, he/she can edit it rather than resetting all the contents and restarting. Worse still, the reset buttons are usually located on the left side and thus can be easily clicked by accident. Who knows how much business has been lost by frustrated users leaving the site aft…
Read more